10 Festivals You Can Get To By Train

Festival season is upon us! While it might be impossible to get last minute tickets to this year’s Glastonbury weekender, there are plenty of festivals happening in the UK that you can soak up the vibes at, dance to your favourite bands and get to by train.

From Suffolk’s legendary Latitude Festival to The Big Feastival for the foodies, we’ve put together a list of ten festivals you can still buy tickets for, all easily accessible by train.

Every year sees Victorious Festival take over the Southsea seafront in Portsmouth, welcoming thousands of festival goers for a weekend packed out with great music. This year’s festival, running 26th to 28th August, sees big names including Stereophonics, Bombay Bicycle Club, Paolo Nutini, Bastille, Sam Fender and The Libertines make their way to the seaside town for three days of fun.

The festival vibes don’t stop at music, expect dedicated areas to comedy shows, a Southsea skatepark and roller discos to show off your tricks, food courts and even a piano tree for festival goers to create their own musical performances. 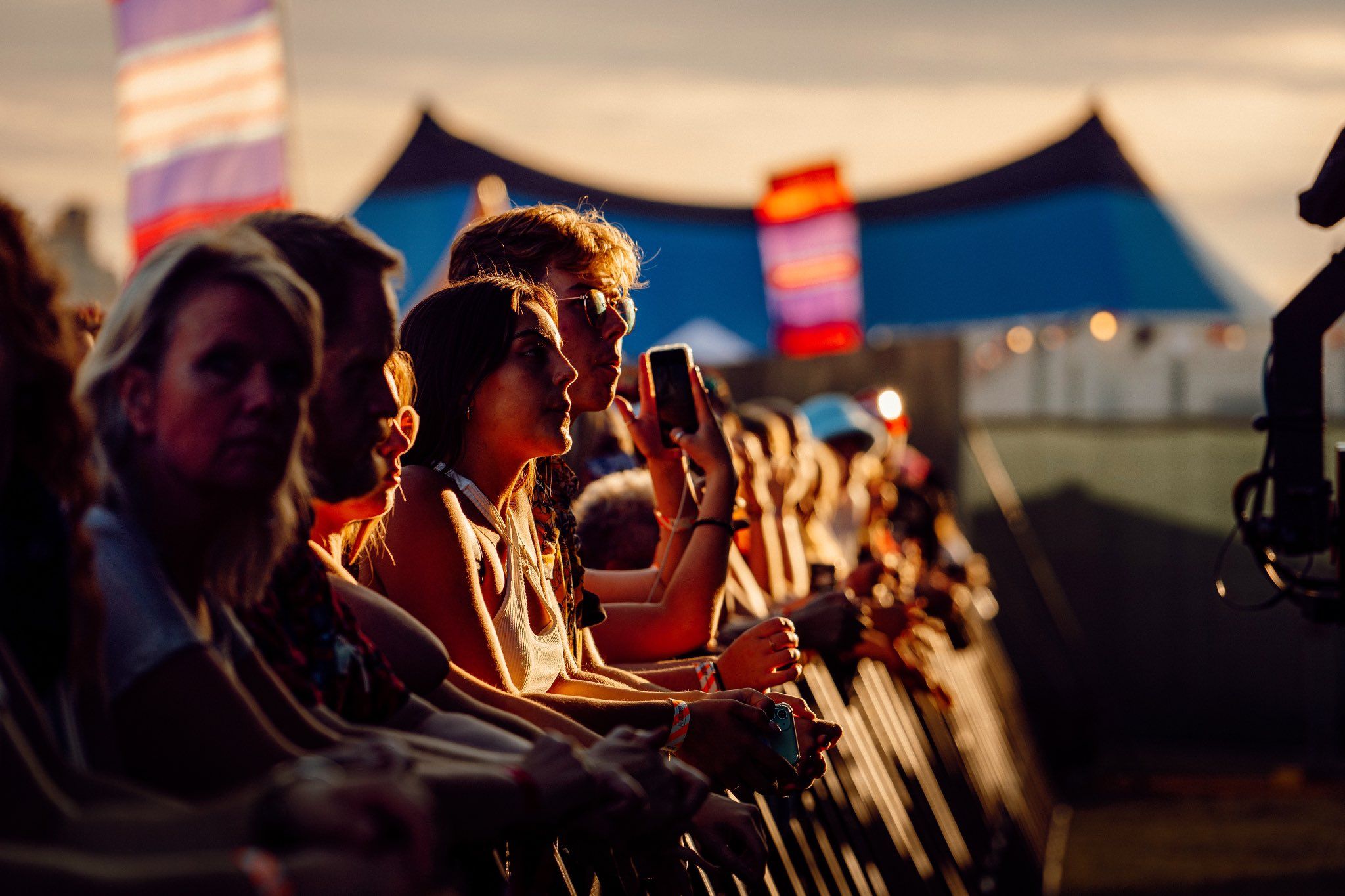 A festival favourite amongst countryside and city folk alike, Latitude can be found deep in the Suffolk countryside surroundings of Henham Park. There’s so much to see and do here, from paddle boarding across the picturesque lake to live culinary demonstrations in the Theatre of Food.

The festival is also well known for its cultural and art offerings. Look forward to some of the biggest comedy acts in the UK including Frankie Boyle and Russell Howard, dance classes in the Ballroom, film screenings, chats with writers, poets and podcasters in The Listening Post, and theatre performances in The Faraway Forest.

Nearest Train Station: Diss & then shuttle bus to the festival 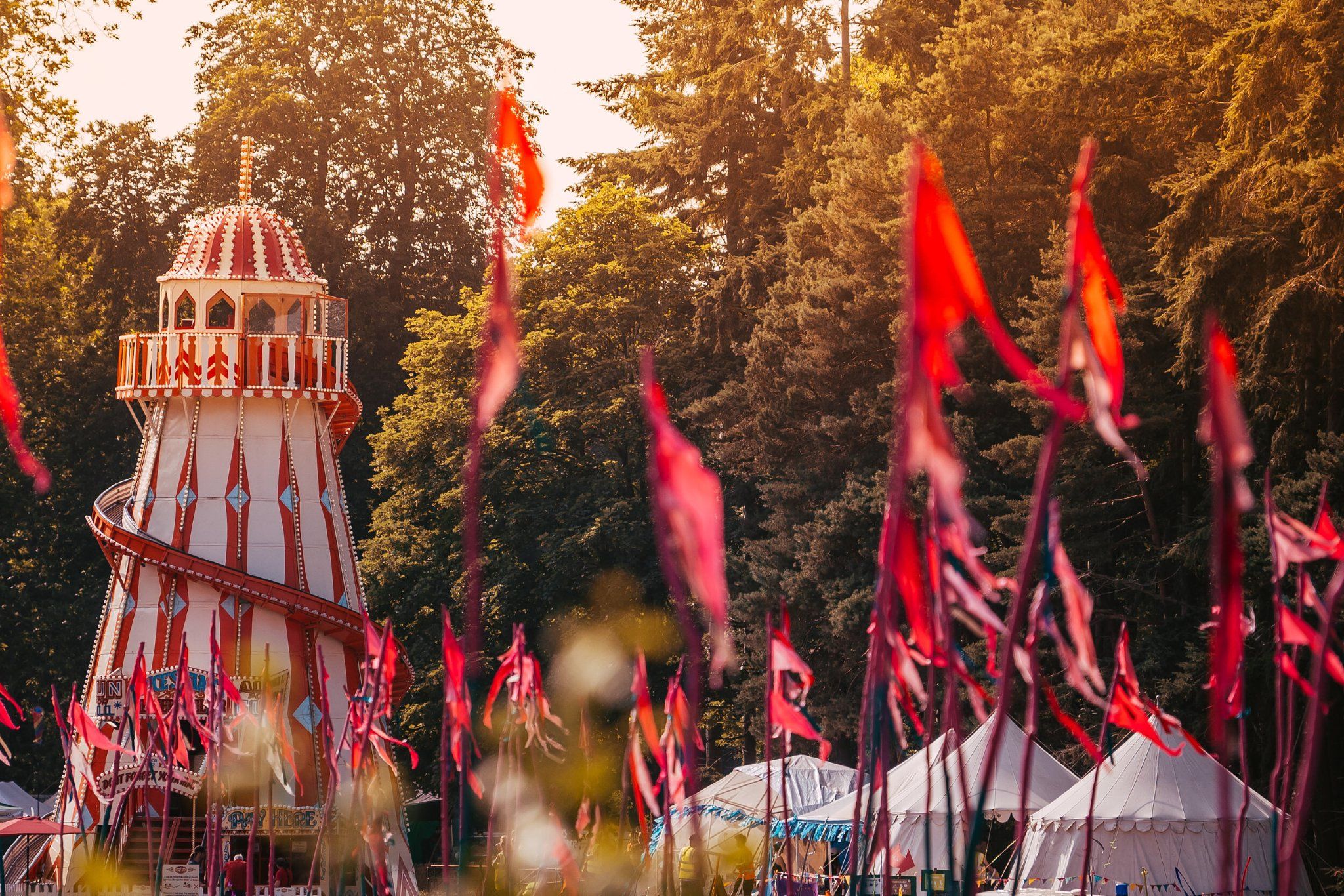 One for the heavy metal enthusiasts, Download Festival takes over Donington Park every year, bringing with it an electrifying line-up of huge big rock and metal names.

This year’s festival, running 10th to 12th June, is just a matter of days away. However there are some last minute tickets available for those wanting to listen to the likes of Kiss, Iron Maiden, Biffy Clyro, A Day to Remember, Korn, Deftones and more. 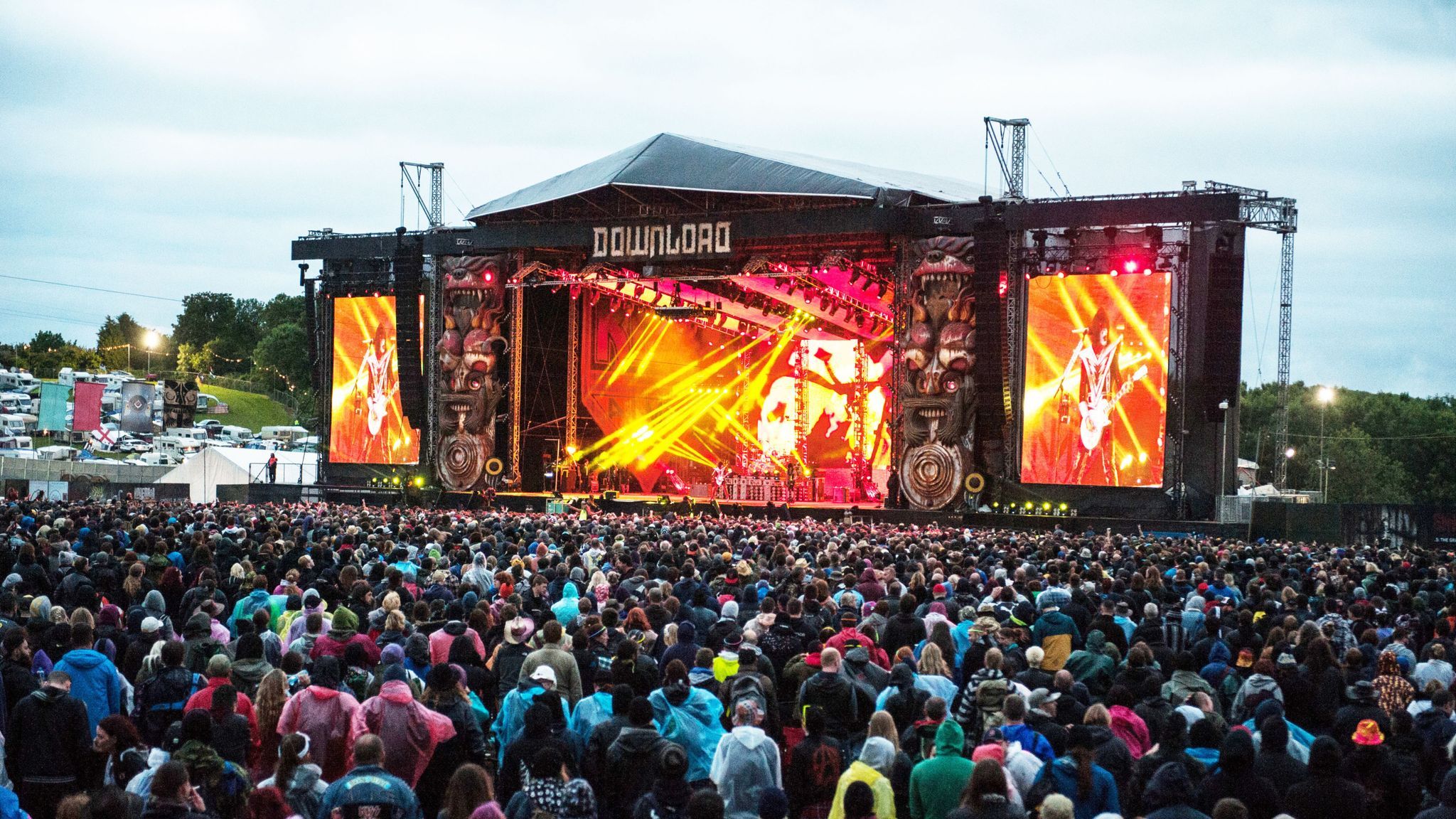 Home to three festivals spread over the summer, Rewind is a great weekender that celebrates all things 80’s. Rewind North is handly located just five minutes form the nearest train stations, and offers a wealth of activities for all ages to get involved with.

Taking over Capesthorne Hall from the 5th until 7th August, Rewind North will see festival goers dancing to Holly Johnson, Kim Wilder, The Human League and Gary Davies in a huge 1980s party. The dancing continues over in the silent disco tent, while the fun fair will allow partiers to relive their childhood while whizzing on rides. 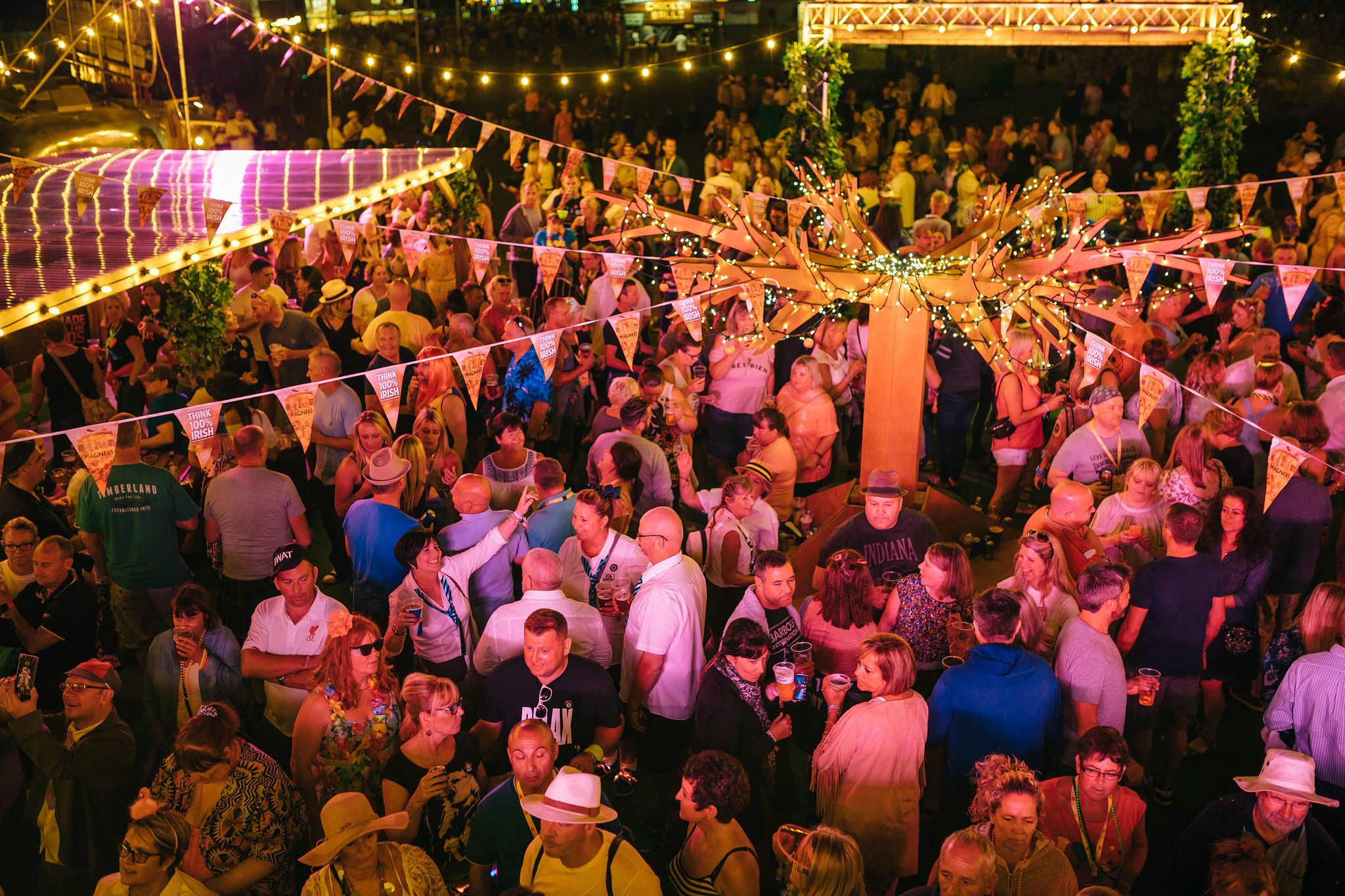 Attracting foodies to his giant farm every year is Alex James and his epic festival. The Big Feastival will be taking place in late August, with big names including The Human League, Anne-Marie, Stereophonics, Sugababes, Jake Bugg and Gabrielle headlining the main stage.

For the festival foodies, this festival is home to a wealth of high profile chefs who will be showing off their skills through workshops, panel discussions and preparing delightful dishes for guests to try. Chefs include Thomasina Miers, Raveneet Gill, Clare Smyth MBE, James Cochran, Romy Gill MBE, Robin Gill and Bake Off’s Lizzie Acker. 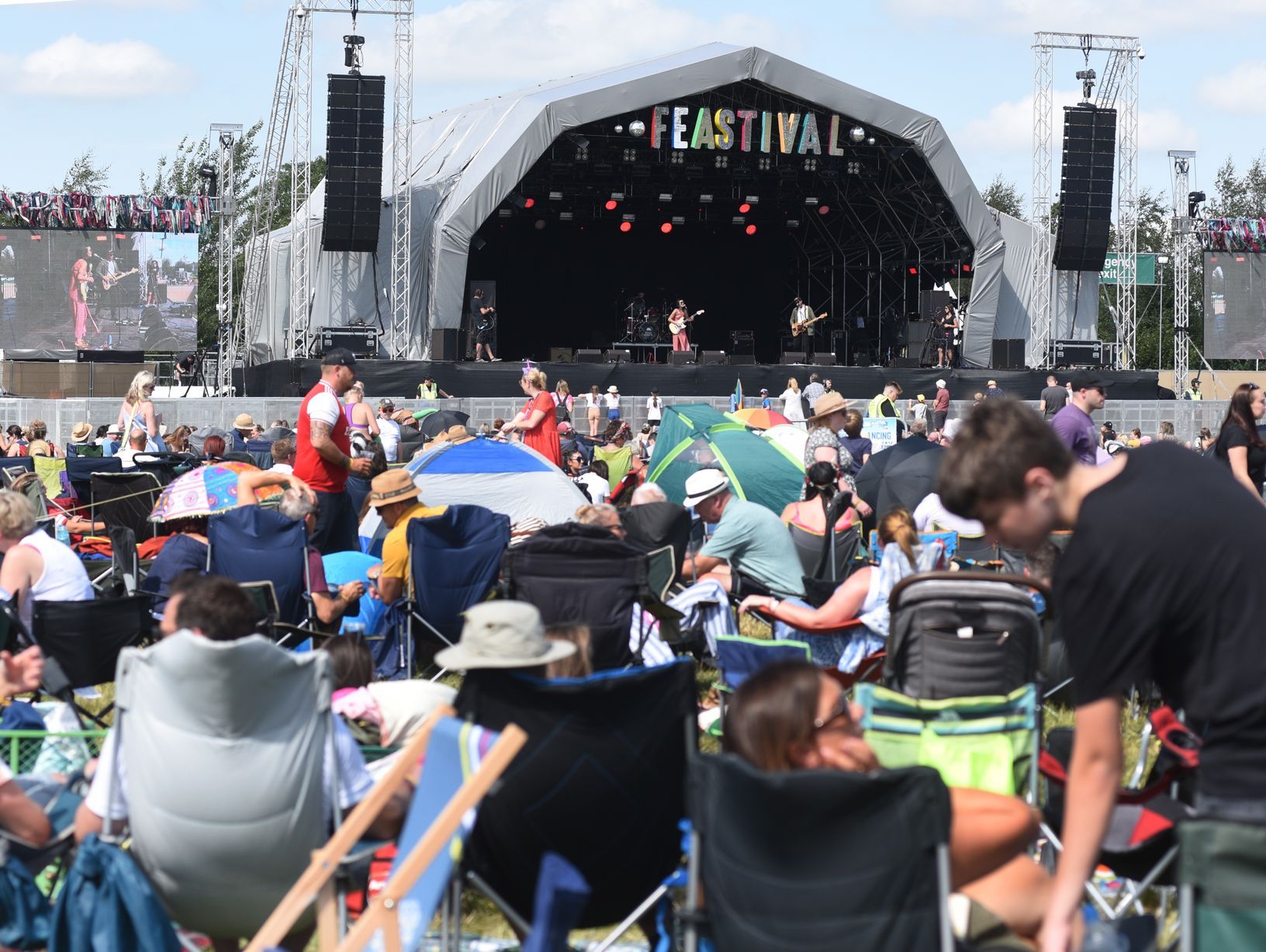 2000 Trees attracts thousands of music lovers to their Cheltenham festival each year, and with a line up of music legends, it’s easy to see why. This summer’s festival will be taking over Upcote Farm, Withington once again, celebrating the best of independent music and huge names across five stages.

This year’s headliners include everyone from Creeper to Jimmy Eat World, Thrice to Turnstile, You Me At Six to Idles. Expect three nights of camping, street food and the best festival vibes on offer.

Nearest Train Station: Cheltenham Spa | From the train station, you can travel by coach or taxi to arrive at the festival site 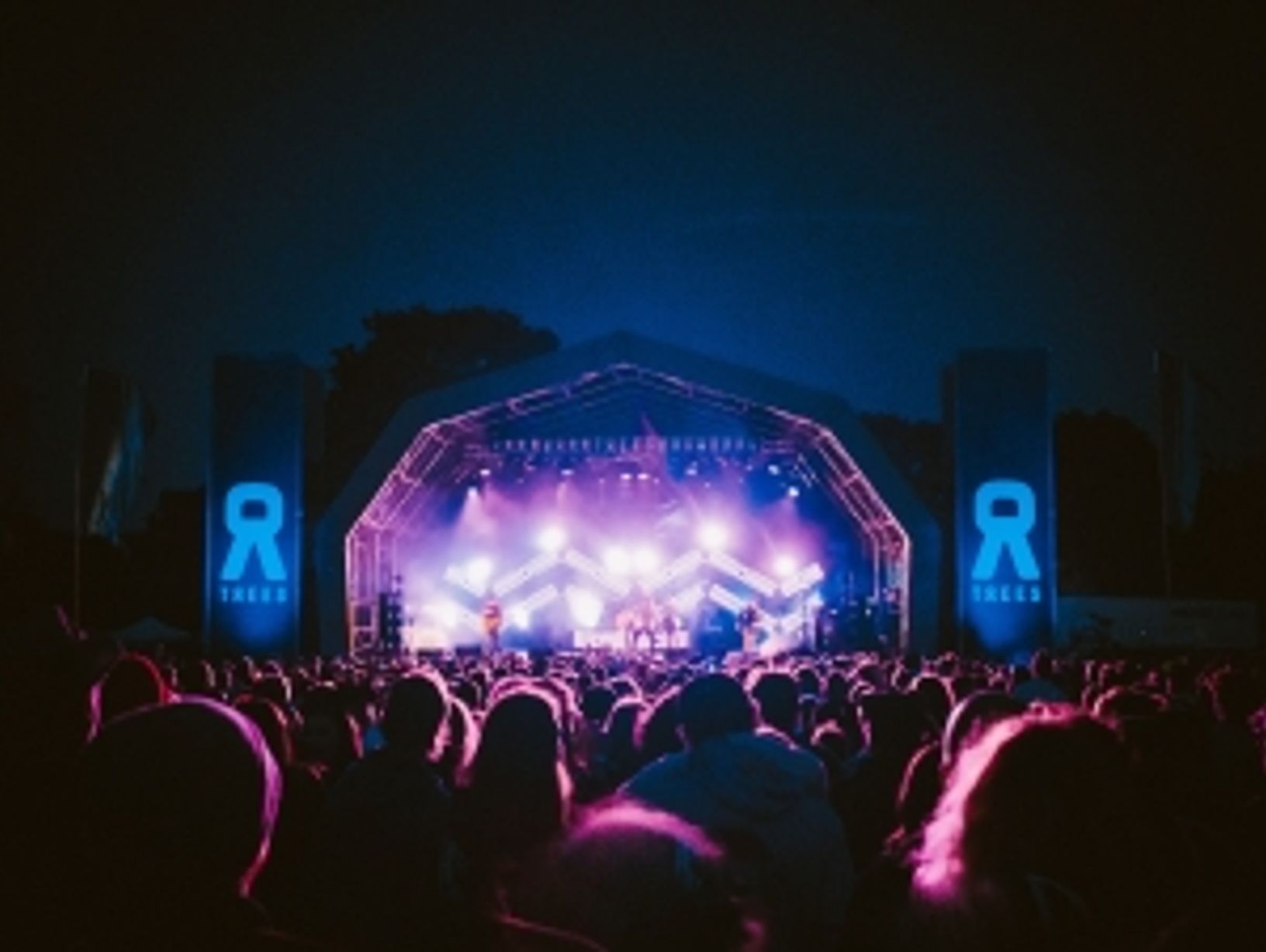 Set in the beautiful Lowther Deer Park in the Lake District, Kendal Calling is home to so much more than just music. The festival, taking place 28th to 31st July, will make way for the Lost Eden, a space to lose yourself in the magic of nature surrounded by fire gardens and light installations, as well as dedicated areas for kids to let their creativity run wild. There’s also cinema experiences from morning kids movies through to midnight screenings once the music stops. 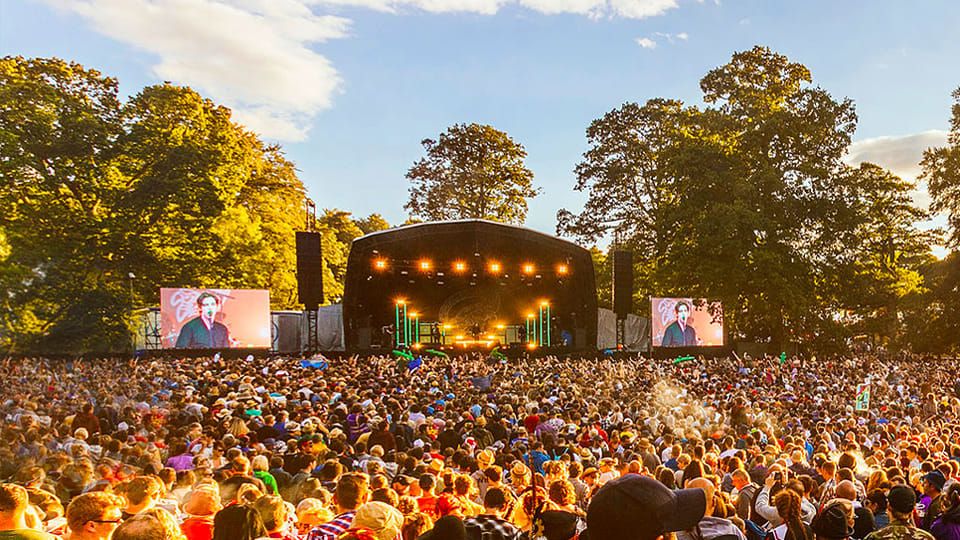 From boutique camping to caravans and trailer tents, Camp Bestival is great for those wanting to add a little luxury to their festival experience. Taking over both Dorset’s Lulworth this year, the festival returns with a great line-up of big DJs, live acts, theatre performances and hilarious comedy acts.

From fancy dress parades to circus schools, axe throwing to endless family-friendly activities, there’s something for every festival goer, whether it’s your first or fiftieth festival. Not to mention a photo in front of the giant Love-Bot is obligatory. Spread over various weekend days in August, All Points East is East London’s notorious festival, perfect for those wanting the festival experience without having to camp. The festival takes over Victoria Park each year, bringing line-ups to suit every music taste. This year’s includes Gorillaz, The National, Nick Cave, Disclosure, Idles, Tame Impala and Fleet Foxes.

There are plenty of stages to explore, as well as classic festival food stands and bars on hand to help the festival experience come alive. 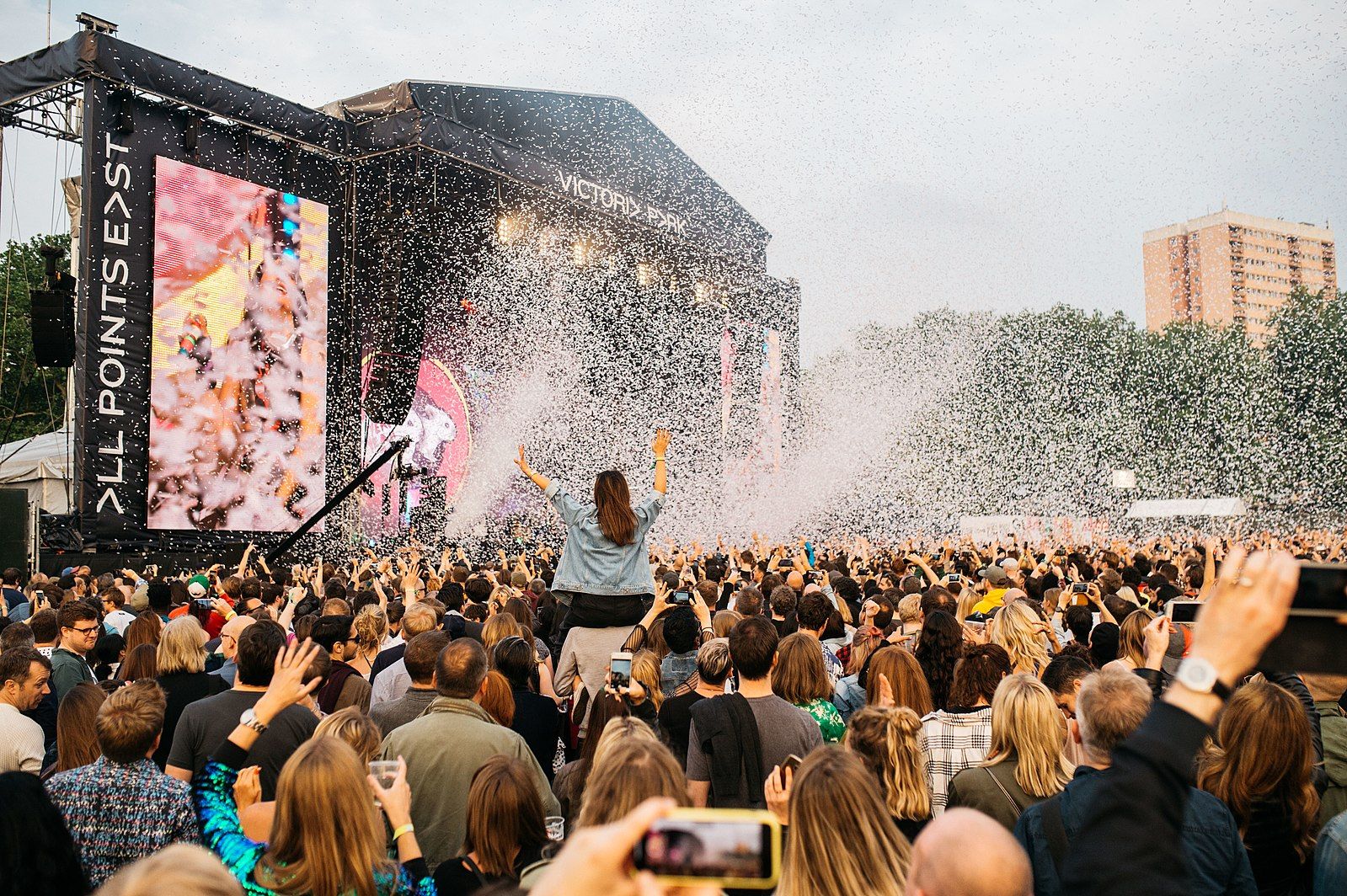 There’ll be performances from Sadler’s Wells, Cabaret Fatale and MIMI’s, and lots of crafting activities too, from pottery to screen printing. You're using our new experience. If you prefer, you can switch back to the classic site. Want to leave feedback? × Close